Picking up from last year…

I have been planning to sign up for the 2015 Brocken-Challenge (BC) since 2 November 2013!  That should give you a pretty good idea of what a great event the BC is.  Before I get carried away with anticipation I should probably share a little about the 2014 BC and how we got to this point.

On 1 November 2013 the organization team of the BC represented by the Ausdauersport für Menschlichkeit e.V., Göttingen (ASFM) club opened an application window for the 2014 race.  The application process featured the requirement to write an e-mail describing why the applicant should gain an invitation to participate.  After this window closed all 355 applications were placed into a lottery to fill the 150 available runner spots.  Although obviously burdensome on the organizational team this process is much more fair and effective compared with the previous process of a 1 December midnight on-line application which in 2012 filled within ten minutes.

My 2012 lucky streak continued with the winning of a lottery slot to participate in the 2014 BC.  If the application process to run remains the same for the 2015 event I certainly plan on sending in an application for the lottery.  The way I see I’ve got a little less than a year to figure out what I should include in my application to run my seventh BC.

So you may be asking, “Why the excitement about this race?  Why do you keep going back year after year?”  Beyond jingles, banners or other mottos the ASFM truly embraces and fosters a sense of community.  In fact, in their description of the event they mention, “The event lives from a sense of spirit.  One which includes the ability to pursue an endurance sport we all enjoy in the pursuit of helping others that are less fortunate than ourselves.”

My interest and draw to this event goes beyond something that is only altruistic.  Although certainly central to my motivation, I embrace the spirit associated with the BC.  That spirit is one of kinship, endurance, courage, determination, patience and humility.  All of which you must have in order to successfully run the approximate 80KMs or 50 miles leading to a summit of northern Germany’s highest mountain, the Brocken.

Winter weather conditions in Germany were unseasonably mild as compared to previous years.  There was little to no snow.  In fact the last snow fall of any consequence had occurred almost three weeks prior to the event.  Snow accumulation as of 21 January was dramatically different with 138cm on the ground in 2012 and 4cm in 2014.  All told the weather on race day was perfect for a winter run.  Temperatures were at or slightly above freezing.  Although the day started clear, clouds slowly moved in, but there was no rain throughout the day.  We did however experience a wonderful snow storm the last five or so kilometers up the Brocken and at its summit.  The 2014 BC course was largely snow and ice free until Jagdkopf (KM 53).  The course was covered in snow and ice starting at KM 60 through the finish line. 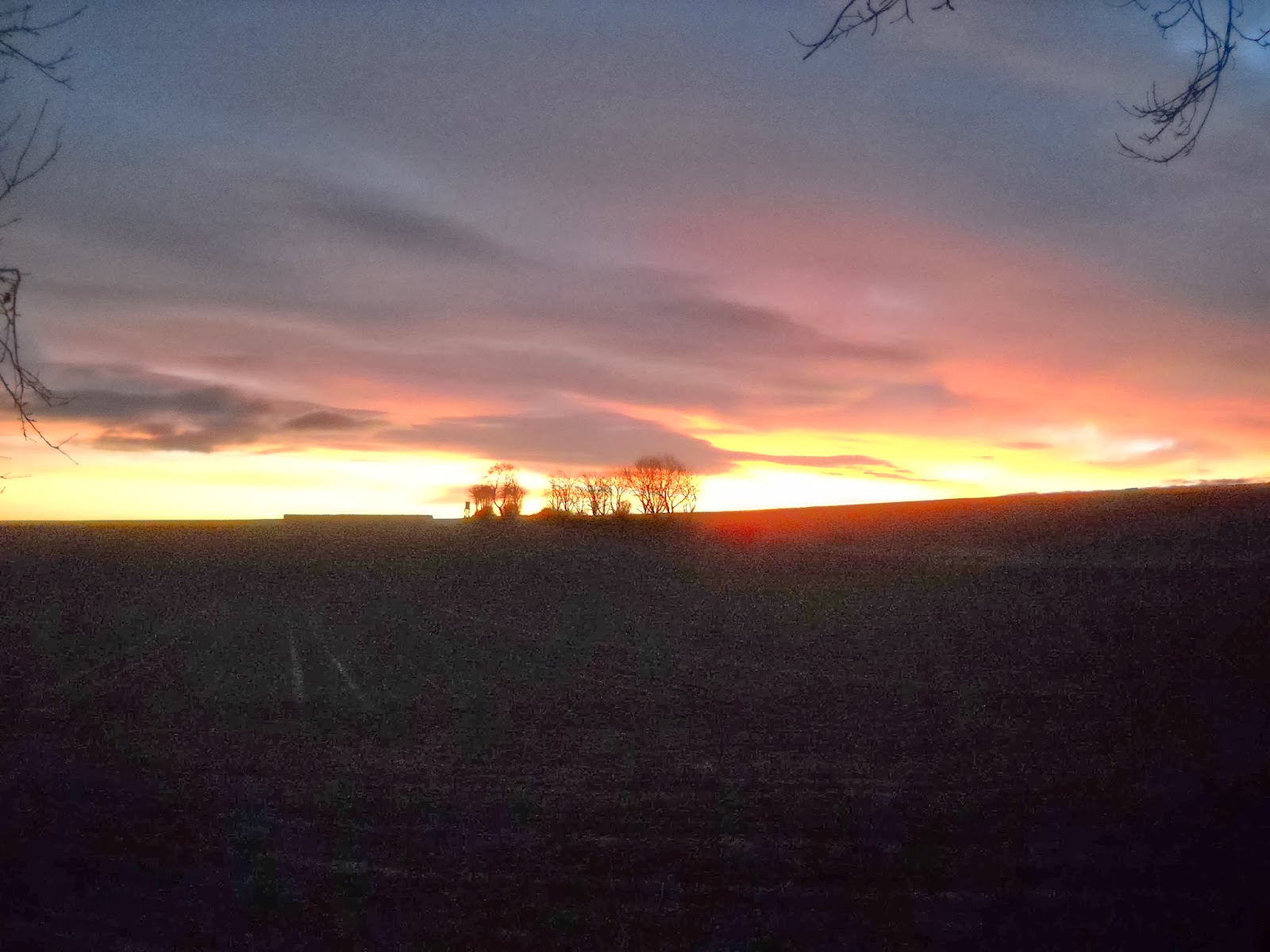 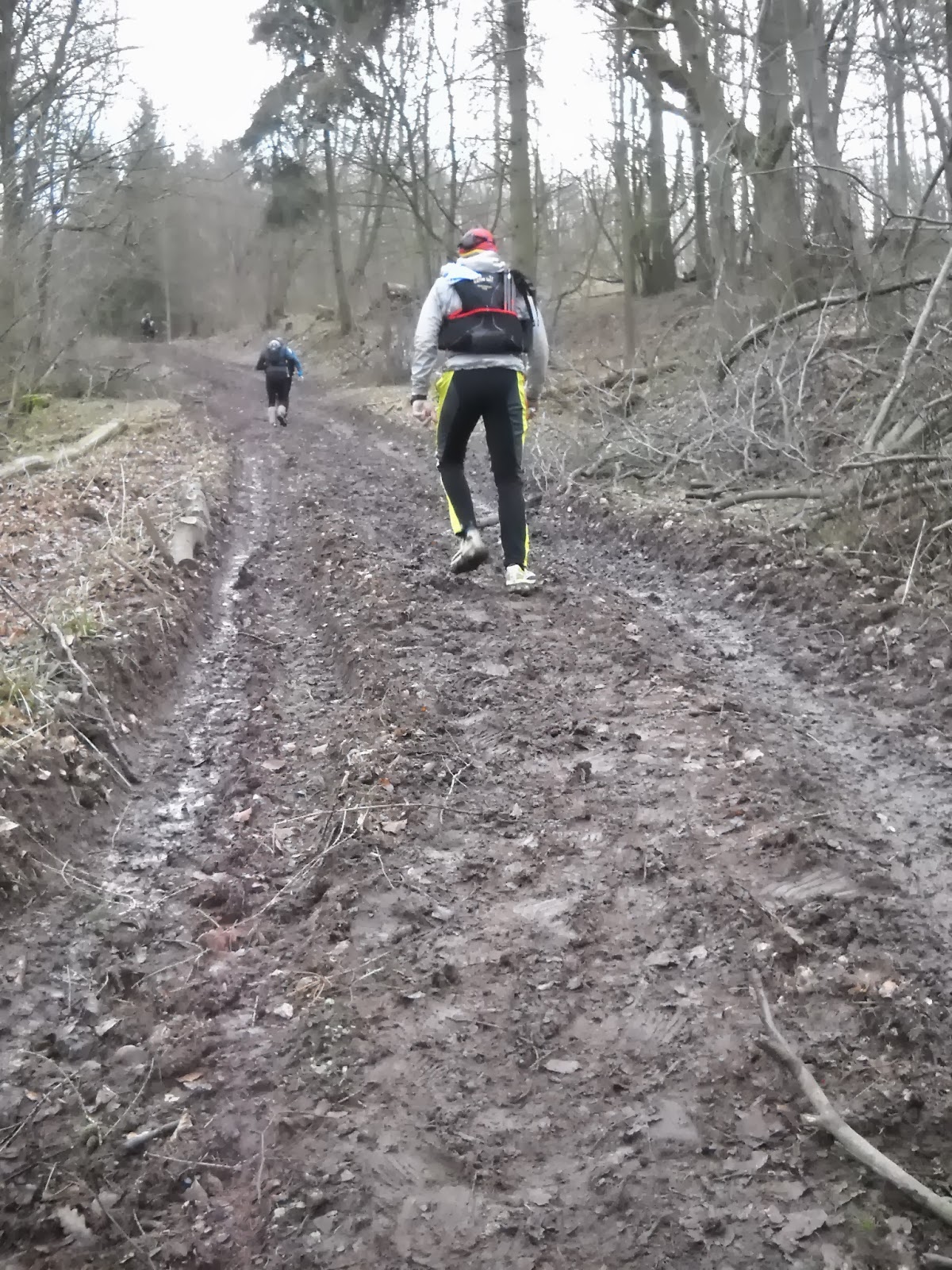 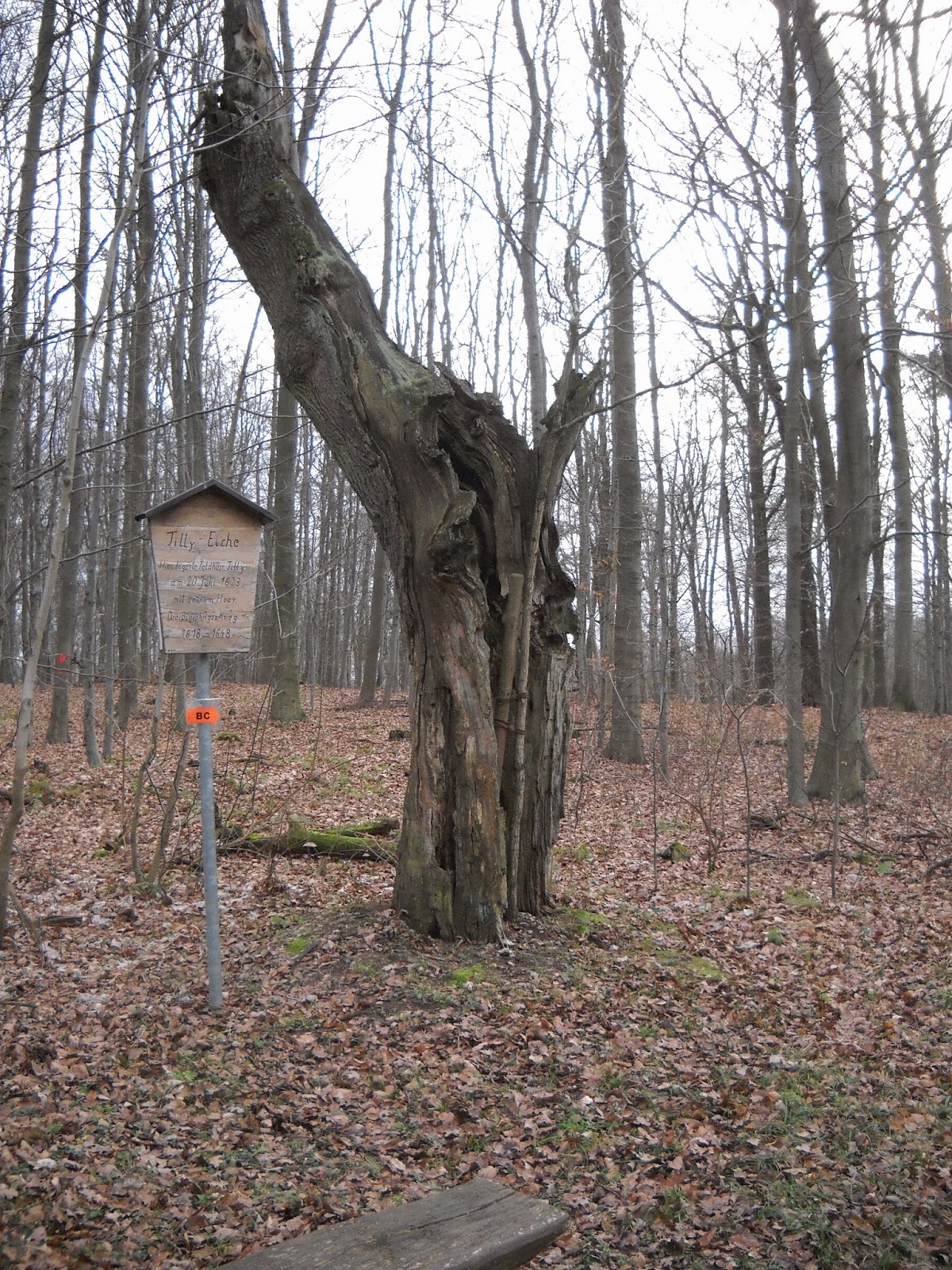 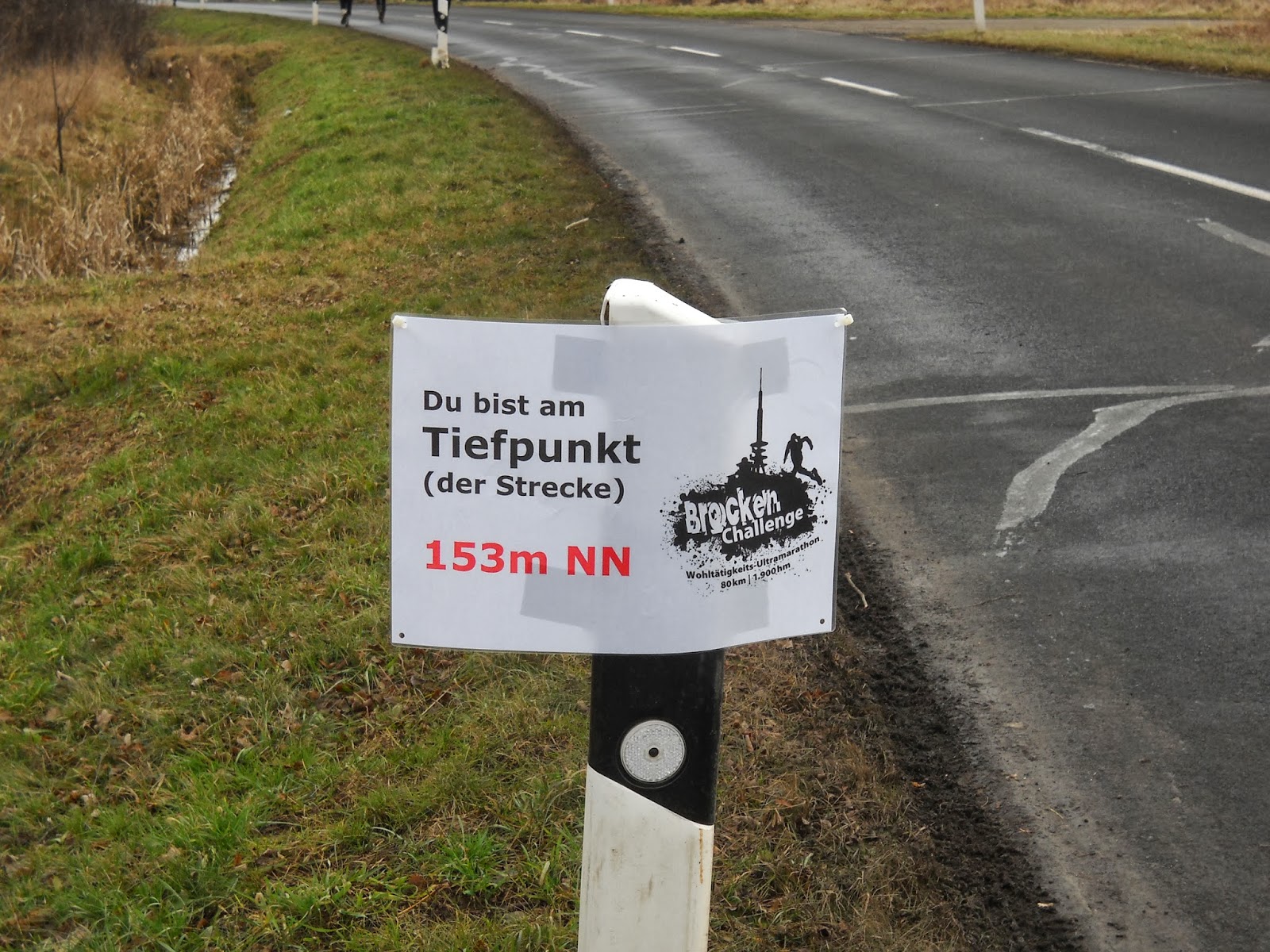 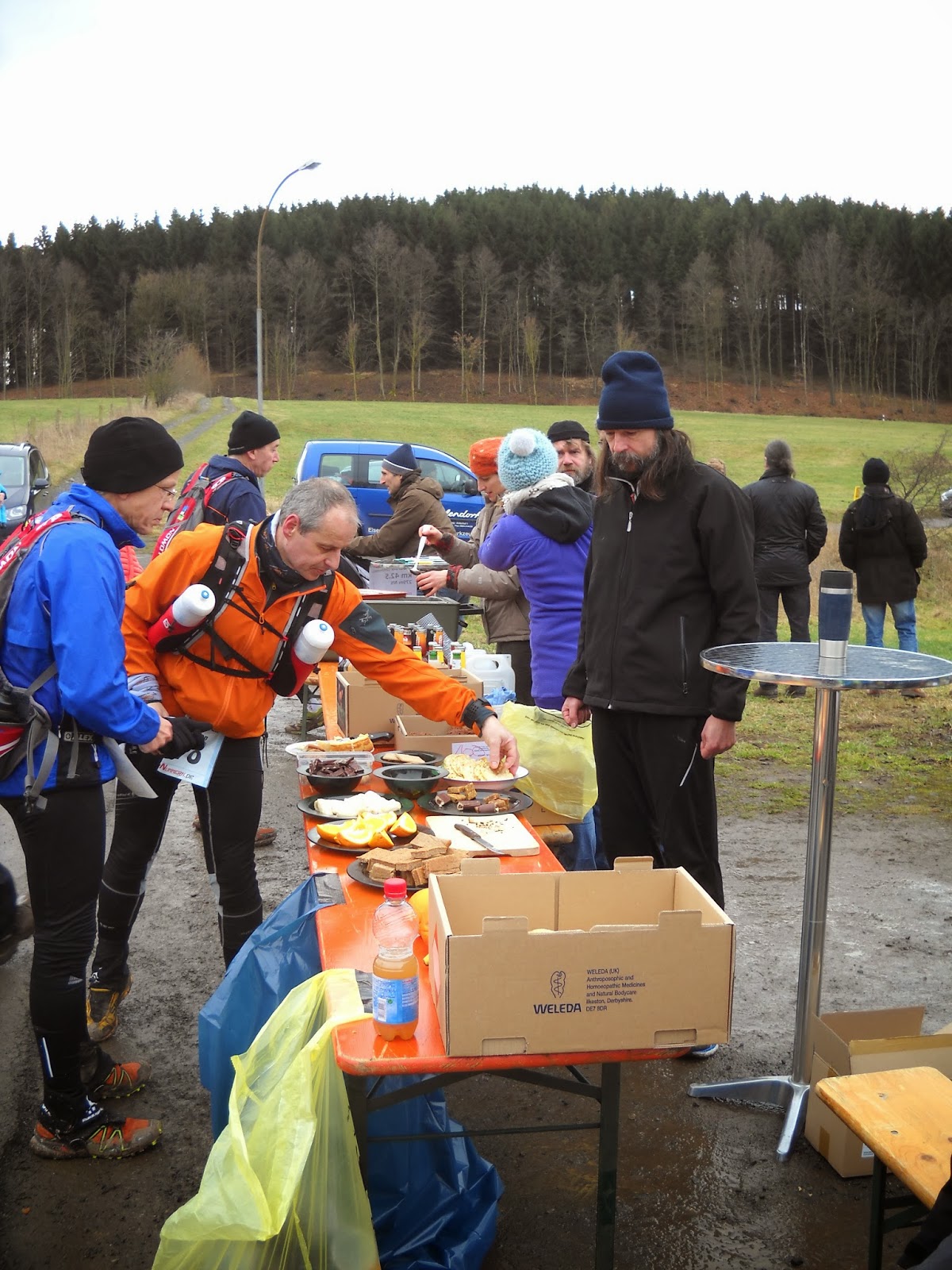 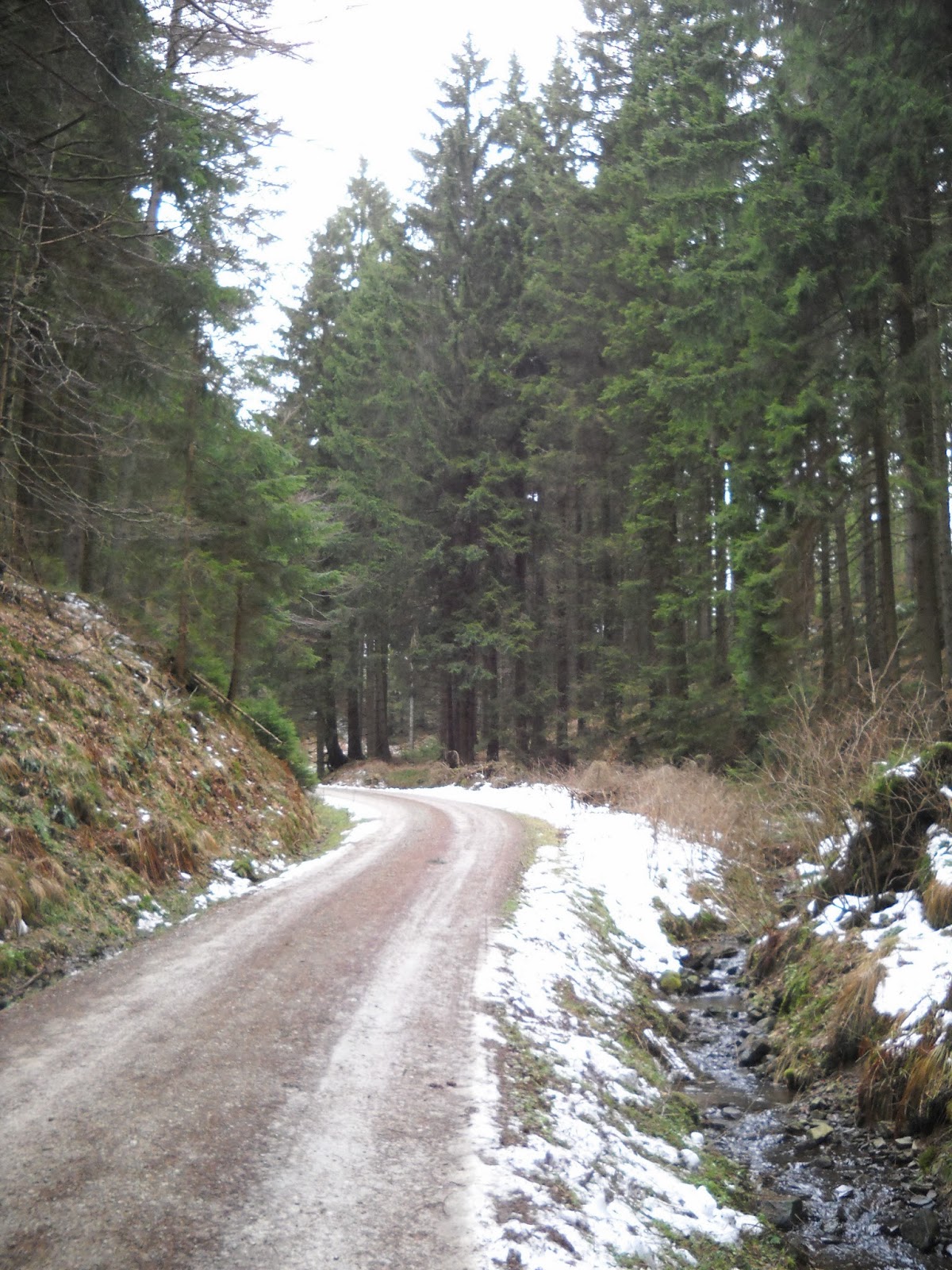 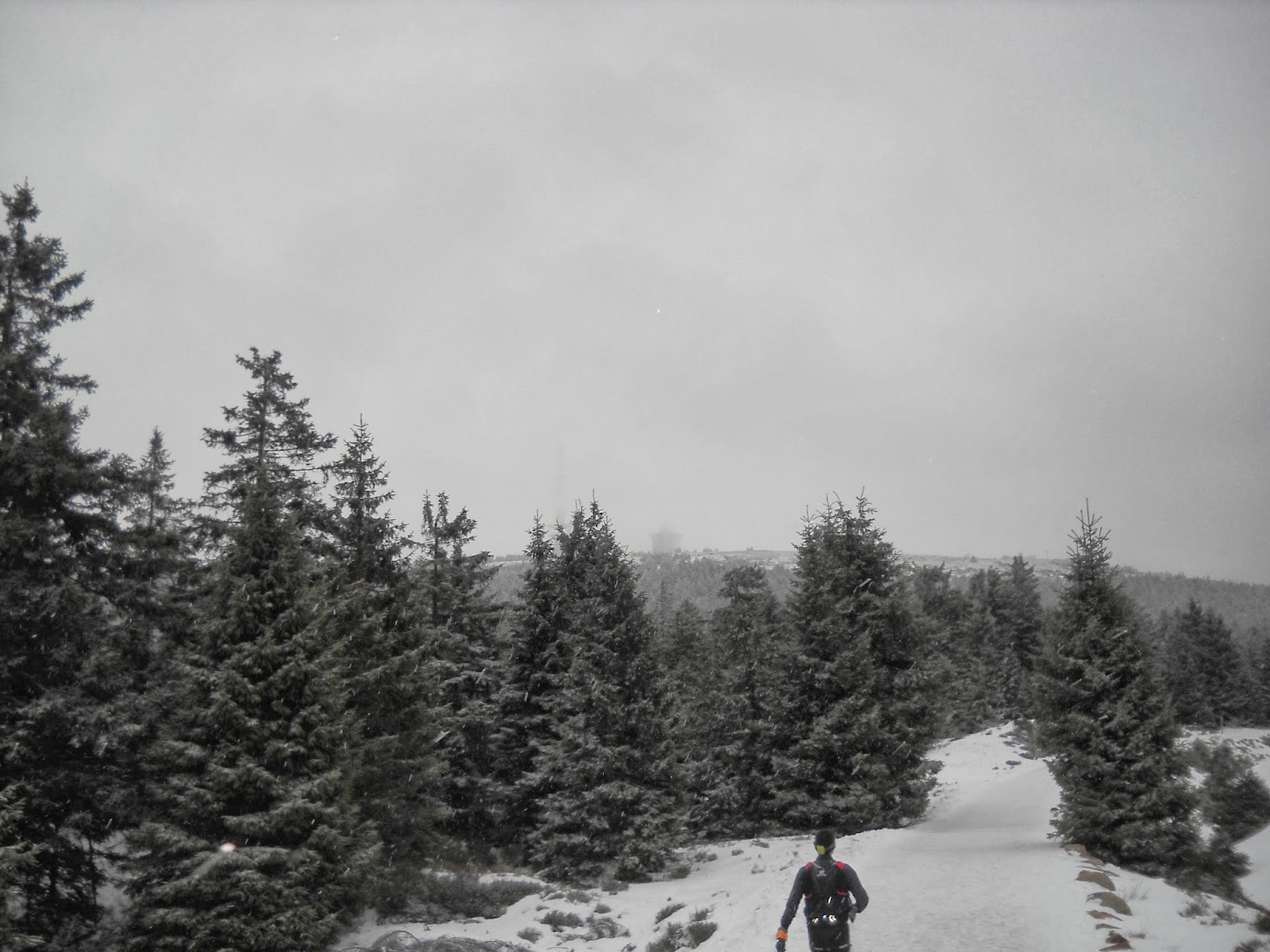 165 runners started at 0600 on 8 February with 159 finishing.  These figures reflect a new finisher record of 96.4%.  2014 also saw the previous women’s and men’s course records shattered.  Gabriele Kenkenberg of Kriftel set the new women’s record at 8:35 while Florian Reichert of Göttingen set the new men’s record at 6:44!  Finally a new single year donation record was set at 22,000 Euro benefiting five local and overseas beneficiaries.

2014 also saw me run a personal BC best in 10:11, an eighteen minute improvement over my 2011 time.  I think this PB was based on the weather and course conditions, the training leading up to this year’s BC and my close watch on what I took in for energy.  Like most folks my age I know that I could have trained more, but the demands of work and other responsibilities prevented me from doing so.

Personal highlights from the 2014 BC are similar to those I mentioned in 2013.  The food at breakfast and over the course of the BC is simply remarkable.  I know of no other race that offers such a smorgasbord of vegetarian and vegan food geared towards endurance athletes. Pre-race activities the evening prior to the BC are more like a class reunion rather than race check in and a briefing.  Breakfast starts at 0500 on Saturday and it also serves as an opportunity to get together with friends over a cup of coffee.  Running with old friends and acquaintances is always wonderful.  Meeting and making new friends over the course of a day like the BC is a gift.  Like 2012 I had planned to meet my Brocken Ramp partner Werner near the ramp, but that did not work out for a second year in a row.  The get together after completing the BC on the summit is fantastic.  It’s great to relax; eat; drink a Weissbier and socialize.  “Donny Please!”  I’ll be working on a new PB to get to the summit even earlier next year.  Werner and I were able to meet up in the Brockenwirt and chatted for the hour and half walk back to Schierke.  It’s always a pleasure to get caught up on the way down.  Like a class reunion, the spirit of the BC affords that feeling of “just having seen someone” when in fact you’ve not seen them in over a year. 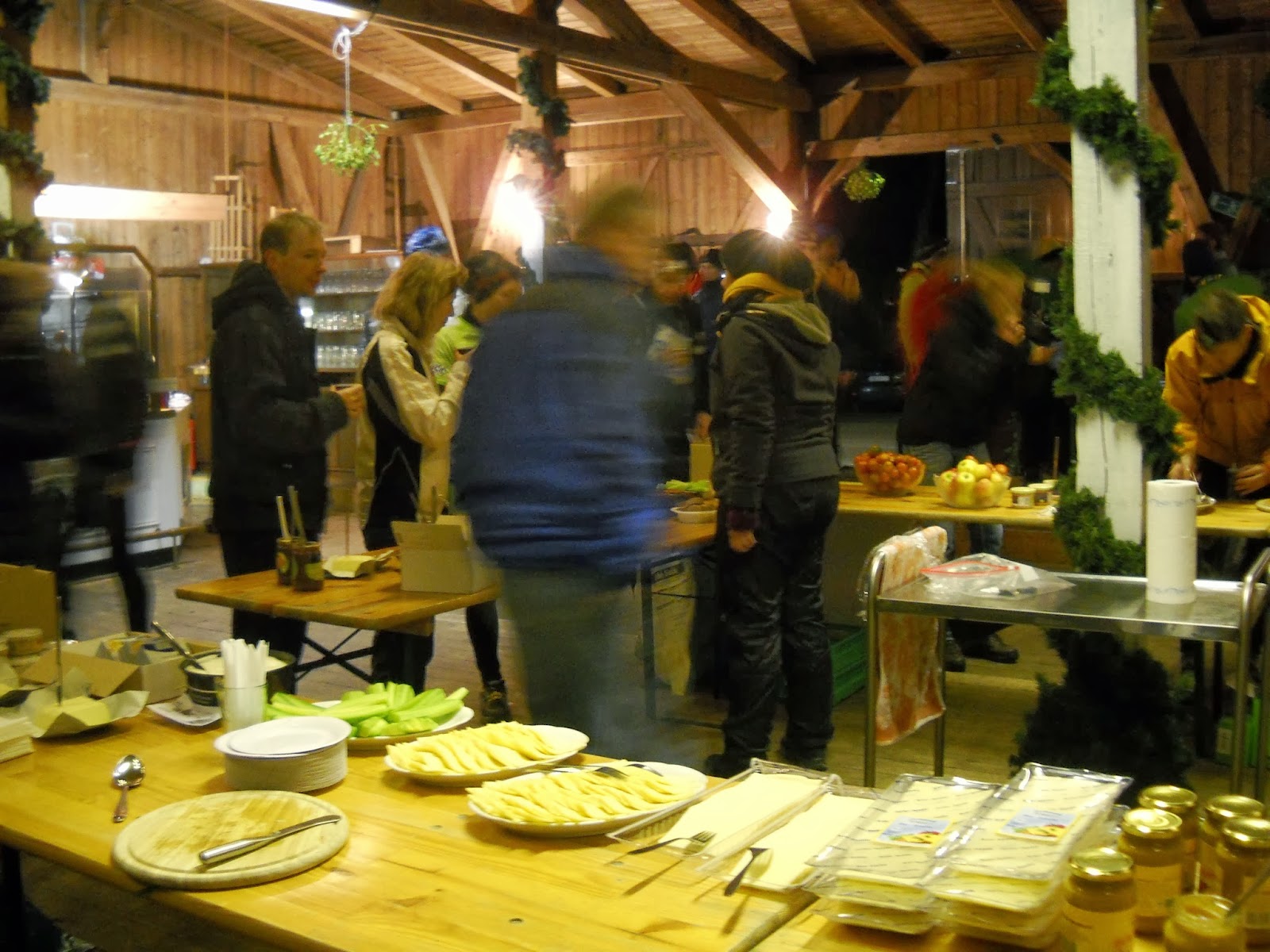 The BC is about charity.  It’s about community.  It’s about friendship.  And, it’s about enduring over a course known to be “Cold – Hard – Beautiful”.  The 80KM course is a physically challenging combination of roads, farm trail and single track leading up to the summit of Germany’s 1140m Brocken Mountain.  Aid stations at approximately every ten kilometers serviced by committed and very motivated volunteers make the race a perfect start for an ultra year.  This is no “gimme”.  North German Broadcasting (NDR) calls the Brocken-Challenge, “The hardest race of the North”.  You must train and train wisely to finish.  The BC will challenge you physically, mentally and perhaps even spiritually.  I’ll be back in 2015.  Hope to see you out there!