With what will likely be my last post for the year 2011 and the last opportunity to get in a good training run
in preparation for the Brocken-Challenge I decided to try a new route today. And what a route it turned out to be! I hitched a ride out to Tuebingen and started my training route where we had started the Tuebingen Nikolauslauf and headed into the Naturpark Schönbuch traveling north. What a great place to run! Trails are mixed surface: dirt, gravel, and very little hard ball. The terrain is amazing flowing largely through the forest over rolling hills. The perfect environment to do a little training for running in the Harz. Plans for 2012 include much more exploration of the Naturpark Schönbuch. 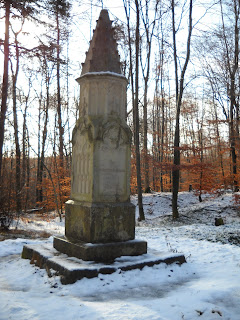 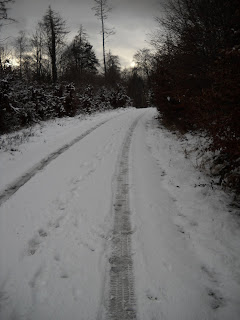 Perfect training conditions for preparation for running in the Nationalpark Harz on 11 February 2012.

Super video from Salomon that wraps up the 2011 ultra racing season: 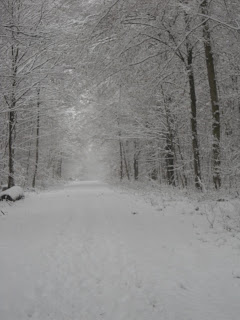 Now that's what I call the perfect training environment for the Brocken-Challenge!
Bummer it's all melted and turned to rain...
Posted by Andre at 09:50 No comments: 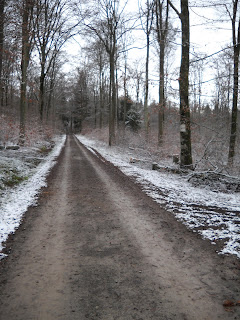 Registration for the 2012 Ultra-Trail du Mont-Blanc opened today and runs until 9 January. I signed up this morning. Now the nail biting begins. The race field is limited to 2300 runners. The UTMB organizers reported this evening that 1800 people had preregistered. So I think we can anticipate a lottery occurring on 20 January.

So while we're waiting... A bit of motivation:

Email ThisBlogThis!Share to TwitterShare to FacebookShare to Pinterest
Labels: UTMB

You know the story... Rough week at work; Birthdays to plan for; and Christmas is right around the corner. This past week I collided with all of those and more. No excuse, but it wound up being a slow running week. I am however into some different things in the coming week and hope to get a couple of good ones in!

Have you seen either the Benefits of Giving web site or the I<3 to run FB page? Both are pretty cool from a web perspective. I<3 to run is a motivational page over on FB that is a lot of fun to follow. Benefits of Giving is even cooler in that it serves as a fundraising platform that enables individuals to raise funds for a nonprofit organization of their choice. Very cool stuff!

Even though it was a slow week this past week I did get a nice 13KM in this morning. Weather conditions were perfect (right at freezing and no precipitation).

Email ThisBlogThis!Share to TwitterShare to FacebookShare to Pinterest
Labels: Training

The 2012 Nikolauslauf Tübingen was a super event!
This year saw us run with no snow, but weather conditions were great
for a cross-country half marathon. Thankfully the real rain and storm that blew in this evening waited until later in the afternoon.

Our hats go off to Nikolauslauf Tübingen organization team and all of the amazing volunteers that supported the race. We were a bit apprehensive about the size of the race field (3000 registered runners) after running the training run back in November. The race organizers did a fantastic job logistically and organizationally
during the run up to the race with constant updates to their web site and pre-race activities (final race check in, race start up, etc.). Staggering the start between three different groups (runners indicate their best half at registration and are then placed into an appropriate starting block) spread the field just far enough out
that we never felt crowded over the course of the race.

The race course is a fast yet challenging course that runs north of Tübingen and includes two cycles around the course (second cycle does a dog leg to the east of the original course and then rejoins the original course). The course itself borders the southern side of the Naturpark Schönbuch and shares much of its beauty and nature. 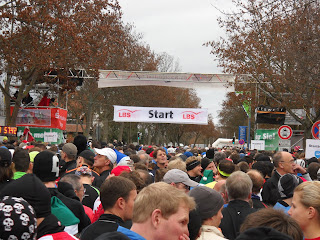 At the starting line just prior to the gun. 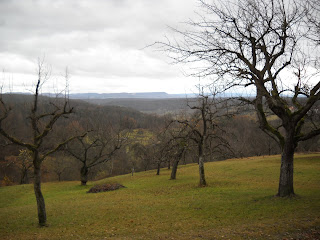 The Nikolauslauf Tübingen course is a mix of country and farm roads, mixed trail and forest paths. This view is from the backside of the course just prior to the second to last nice hill (if hills can be nice).

The statics are still rolling in, but it looks as if of the original 3000 registered racers 2448 finished the race - a record for this event.

An all round super race that sells out very quickly. Registration is super easy and relatively inexpensive (21 Euro in 2011 which provided registration, a finisher tee-shirt and a good series of support stations along the course) via the Nikolauslauf Tübingen web page. If you're interested in running this great event, watch the web site starting in September. Registration opens and closes quickly as this is a very popular local winter race event.